Everyone who knows me would agree I’m impatient. They’d also say I like things my way, but I suppose we all do. Eleven months ago, I sat at a picnic table with a man who would change my life forever, but that’s a story for another day. Fast forward to last December, this man- J, and I were sharing a home and a vision, having started our own nonprofit. The only vision we didn’t share was where he would work and how he would bring in income. J quit a lucrative sales job before we met in order to found his dream, a skateboarding company. While getting the company off the ground, he drove for Uber, which was a great way to support himself while launching a brand. I failed to recognize his entrepreneurial spirit and to see why the flexible schedule at Uber was what we needed at the time, and instead longed for the comfort of a regular paycheck.

Combining lives and families, upbringings, hurts, and expectations is not an easy task. We fought. Having come from financial security, all my fears about being poor came to the surface. J came from a vastly different background, and all his fears about being able to provide the niceties I enjoy also bubbled up. It wasn’t a pretty time. I’m ashamed to say that instead of trusting the person I pledged my life to, I forced my will, put my foot down and gave an ultimatum. Get steadier, more lucrative work or move out. He said it wasn’t time yet. I wish I had listened to him because he listens to God, and God was saying to trust him, there is a reason we couldn’t see for J being in that car, driving all those strangers and struggling to make ends meet. I didn’t listen, and I forced what I wanted. J, unwilling to lose me, acquiesced.

About a week after this big blowup, J drove to the old bank where he’d been a very successful loan officer working for a dishonest and unpleasant boss. He sat in the car, hands gripping the wheel, unable to force himself to go inside. He hadn’t told me he was going, he was trying to do what I wanted and make me happy, but everything in him told him to stop.

Suddenly, he heard a voice, “Don’t go in that bank!”

J cried, “But the woman I love is going to leave me! I’m going to lose her!”

The Voice answered, “I will handle her, you stay in this seat until the end of the year. Do NOT go into that bank.”

So J restarted his car and picked up his next Uber client.

A week later, J received an Uber request just like any other. He picked up a nicely dressed woman from a large house in an upscale suburb. She needed to go downtown so they had a long ride and J started telling her about our nonprofit. She was intrigued and asked for several business cards as they discussed the work we do and why we do it. J dropped her off with a smile and headed home where he told me about the nice lady and the interest she had in our work with hurting kids.

The next day, we received an email from the lady’s husband. He said that he and his wife were intrigued and inspired by our story and offered to help us with our nonprofit, if we needed help. J forwarded me the email and I called him. The man who emailed us works with and for some Very Important People and is a Very Important Man. I was blown away that someone in his position would take an interest in our baby business. We were completely and utterly floored. We set up a meeting. The day after the meeting was set, J picked up another Uber rider from the airport. During their chat, they discovered this man’s wife had worked for the Very Important Man who’d emailed us offering to help. Synchronicity! The rider then handed him a Bible verse that he said was given to him on the plane. This man didn’t understand why at the time but understood after talking to J that the verse was for us. The rider handed him a piece of paper. On it was written, “Prov. 19:17”. J and I looked it up when he got home:

“Whoever is kind to the poor lends to the Lord, and He will reward them for what they have done.”

J and I stood in the kitchen, holding each other and crying. It was clear that for some reason our work was being supported and carried along and we were receiving Divine help. We are just two people trying to use the tools and talents we were born with to make a small difference in the lives of young people. We aren’t special. Often, people say we both dream too big and we’re crazy. Maybe what we are is willing to listen. Well, at least one of us is…

Because J didn’t listen to my fear and instead listened to his Divine guidance, our baby nonprofit is well on it’s way to bigger and better things than we’d hoped at this point in the game. Because he sat in his car, afraid I would leave him over money, he gave a ride to woman who was inspired enough by our mission to tell her husband, who was the connection we needed to create lift off. She and her husband, The Very Important Man, are darling and sweet, being so generous and helpful as we launch our programming. Knowing the time was now right, J starts back at the bank next week, with a much better boss and position than he would have had if he’d started last December. All the pieces are in place for us to begin to grow and expand our work and he can now focus on creating some financial stability while handing the day to day operations over to me.

I’ve learned to listen more. I left my private client practice and took a low wage job working contract labor for CPS so I can focus almost full time on our program, trusting God will support our needs as we do this work. Most importantly, I learned to trust my partner. He is going to do what is right for us, even when I think he might be wrong. He listens, and he loves me, just like my Creator does. J wants me to have all the desires of my heart, and he’s willing to wait for the right time to plant our seeds. Through him, I learned a little more about patience. J always says, “If you do what you need, you’ll eventually get what you want.” With J by my side, doing what I need feels like a blessing, not a chore. With him, and the help of whoever else is sent our way, I think we will succeed. Someday, maybe we’ll even get what we want. 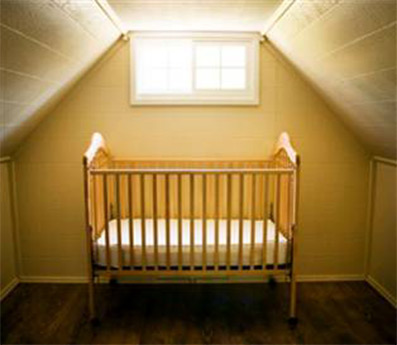